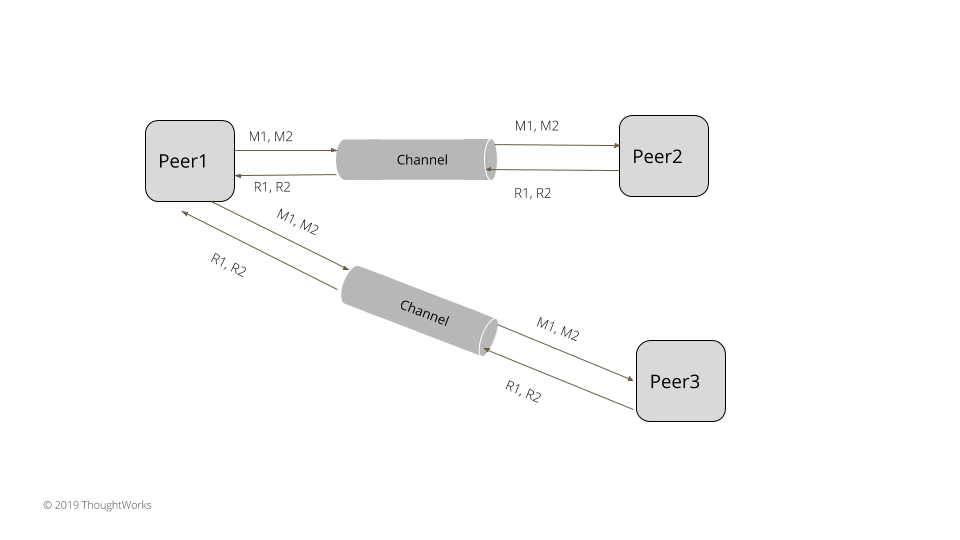 Improve latency by sending multiple requests on the connection without waiting for the response of the previous requests.

Communicating between servers within a cluster using Single Socket Channel can cause performance issues if requests need to wait for responses for previous requests
to be returned. To achieve better throughput and latency, the request queue on the server should be filled enough to make sure server capacity is fully utilized.
For example, when Singular Update Queue is used within a server, it can always accept more requests until the queue fills up, while it’s processing a request.
If only one request is sent at a time, most of the server capacity is unnecessarily wasted.

The sender node sends the requests over the socket channel, without waiting for response.

A separate thread is started to read responses.

There are two issues with the request pipeline which need to be handled.

The request is removed from the inflight request queue once the response is received.

Handling failures and also maintaining ordering guarantees becomes tricky to implement.
Let’s say there are two requests in flight. The first request failed and retried,
the server might have processed the second request before the retried first request reaches the server.
Servers need some mechanism to make sure out of order requests are rejected.
Otherwise, there’s always a risk of messages getting re-ordered in case of failures and retries.
For example, Raft always sends the previous log index that is expected with every log entry.
If the previous log index does not match, the server rejects the request.
Kafka can allow max.in.flight.requests.per.connection to be more than one,
with the idempotent producer implementation,
which assigns a unique identifier to each message batch that is sent to the broker.
The broker can then check the sequence number of the incoming request
and reject the request if the requests are out of order.

All consensus algorithm such as Zab and Raft allow request pipeline support.

Kafka encourages clients to use request pipelining to improve throughput.

This page is part of:

it is project for geeky peoples who wanted to get some knowledge in technology, hacking, blogging, Seo, programming from top authors.